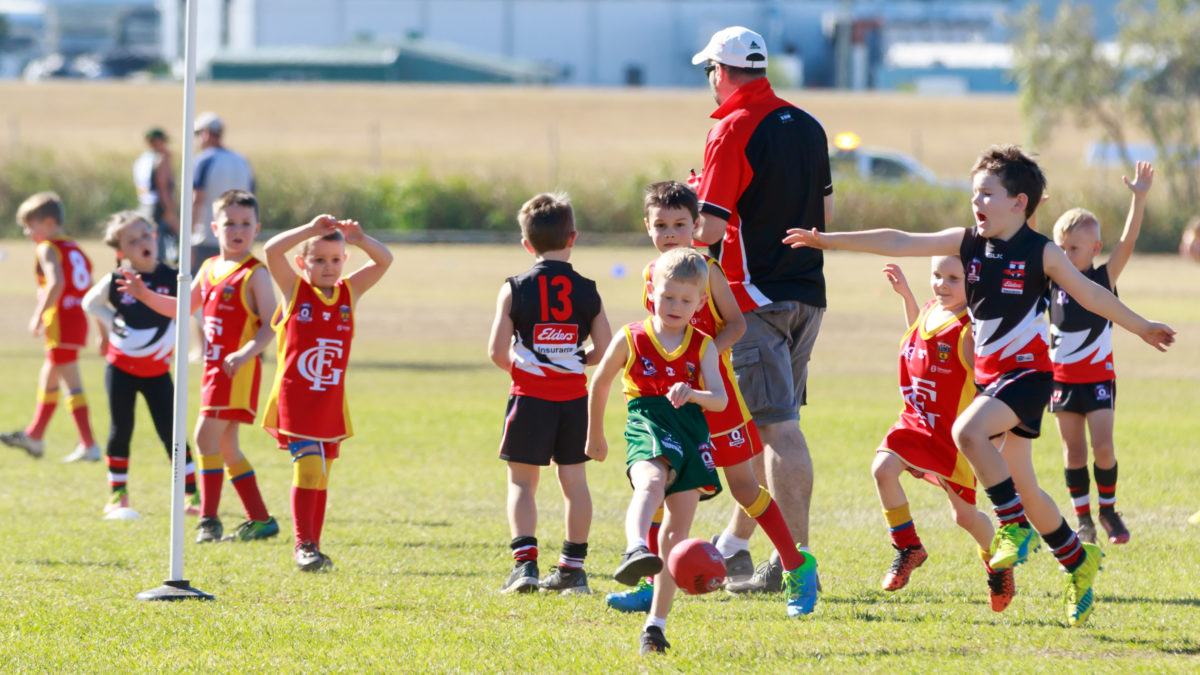 Toyota’s Good for Footy raffle is aiming to raise $1 million this year for hundreds of grassroots footy clubs around Australia.

The raffle includes Toyota-donated prizes valued at up to $150,000, including three new vehicles, and allows hundreds of clubs to rally their local communities to buy tickets at just $5 each.

All funds from the online ticket sales go back to the clubs, including local registered club, the Bill Robertson Toyota Gladstone Suns, where people can purchase them online at – http://bit.ly/2KEEjVY

Toyota has helped local football clubs raise in excess of $5.7 million since the raffle began in 2008, including 365 clubs last year that received more than $620,000.  Toyota Australia’s Vice President Sales and Marketing Sean Hanley said the Good for Footy raffle – a vital part of Toyota’s long-term AFL and AFLW sponsorships – is one of the country’s biggest grassroots funding initiatives.

“Clubs have used raffle proceeds to upgrade their clubrooms, buy new equipment, lower registration fees and create more opportunities for everyone from juniors to the young-at-heart to participate in organised sport,” Mr Hanley said.  “As well as supporting footy at the elite level, we are strongly committed to supporting clubs so they can make the sport they love even more rewarding,” he said.

Toyota ambassador and former Brisbane Lions captain Jonathan Brown said the Good for Footy program is a great initiative.  “Whether it’s new footies, drink bottles or oranges at half time, the Good for Footy raffle continues to allow clubs to raise much-needed money without clubs having to lift a finger,” Brown said.

The national raffle, which runs until September 1 this year, is open to clubs in all states and territories except Western Australia, which has a separate raffle. Both raffles make up the $1 million fundraising target. Toyota covers all administration costs, ensuring all proceeds go to the clubs.   National prizes include a Toyota Kluger valued at up to $50,175 and two powerful yet efficient petrol-electric hybrid cars – a Toyota Camry valued at up to $34,693 and a Toyota Corolla valued at up to $30,297.

Other prizes include coaching clinics by an AFL player at the winners’ club grounds, Sherrin footballs signed by a player from each AFL club and football guernseys signed by Jonathan Brown and star Hawthorn player Jarryd Roughead.

Earlier this year, Toyota Australia extended its sponsorship of the AFL until at least the end of the 2023 season, which will take one of Australia’s most high-profile partnership deals to 20 years. For the first time, Toyota also became the official automotive partner of the AFLW competition.  Australia’s leading automotive company also continued its sponsorship of the Adelaide Crows until at least the end of the 2023 AFL season.

On top of its football sponsorship, Toyota’s involvement in major sport throughout Australia includes its support for Cricket Australia and the Australian Olympic and Paralympic teams.