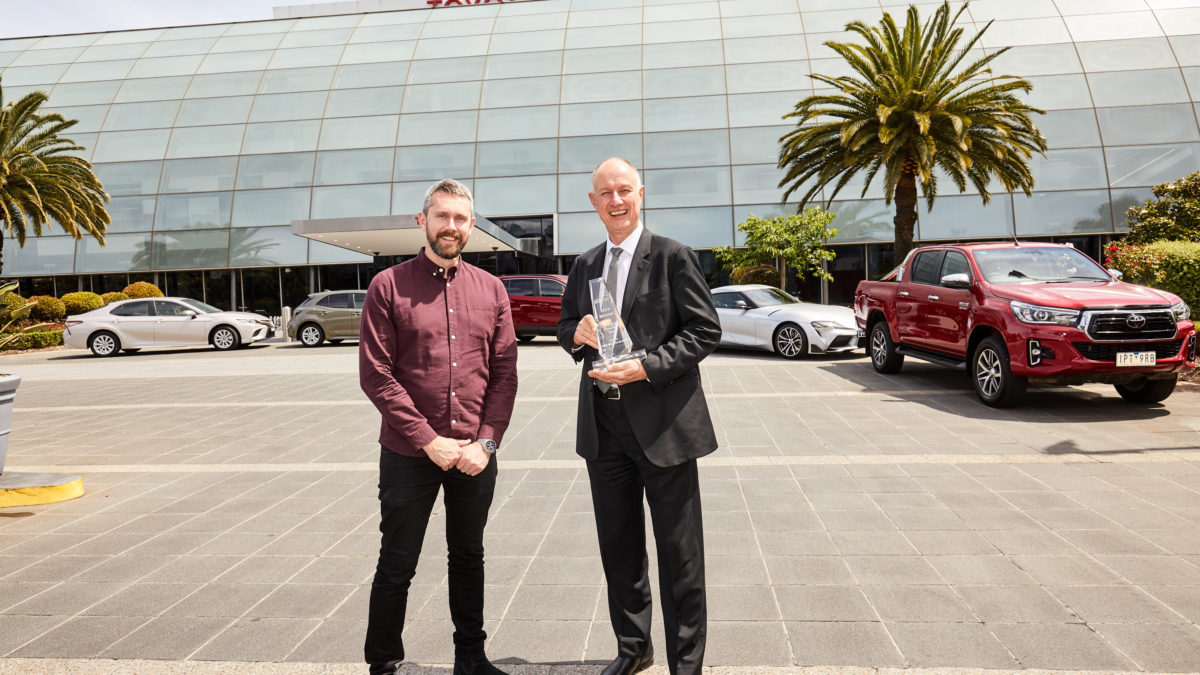 Toyota has dominated the annual Australia’s Best Cars Awards taking home the top award for the best car in five of the 13 categories.

“This year’s results highlight the strength of Toyota’s brand and current product, taking home five of the 13 awards and making them a great option for potential new car buyers,” he said.

The judges praised the Toyota winners for their high levels of safety, smooth performance, value-for-money, spacious functionality and hybrid powertrains after one of the most rigorous testing procedures of any motoring awards.

The team of eight judges assessed nearly 200 of the top-selling vehicles currently on sale in Australia, whittling them down to 50 finalists for a week of track and on and off-road testing.

The awards also take into account pricing, depreciation, fuel consumption, standard features, safety and practicality, as well as running and repair costs in a comprehensive analysis of data covering up to 21 scoring areas for each vehicle.

Toyota Australia Vice President Sales and Marketing Sean Hanley, said he was proud to receive the prestigious awards that are judged based on criteria that truly reflects what customers were looking for in a new car.

“These awards cover more than just a test of how the car is to drive, taking into consideration such things as safety, value for money and running costs and these are areas in which our customers demand the best,” Mr Hanley said.

“Every Toyota model awarded has a comprehensive array of Toyota Safety Sense features including our autonomous emergency braking pre-collision safety system and have achieved a five-star ANCAP or Euro-NCAP safety rating.

“In addition to that, the increasing availability of our petrol-electric hybrid powertrain across a range of models not only improves our environmental performance, it helps customers keep their running costs to a minimum with lower fuel bills.

“Winning these awards reflects the confidence that the market has in our products with the Corolla and HiLux maintaining their positions as the number one sellers in their categories,” he said.