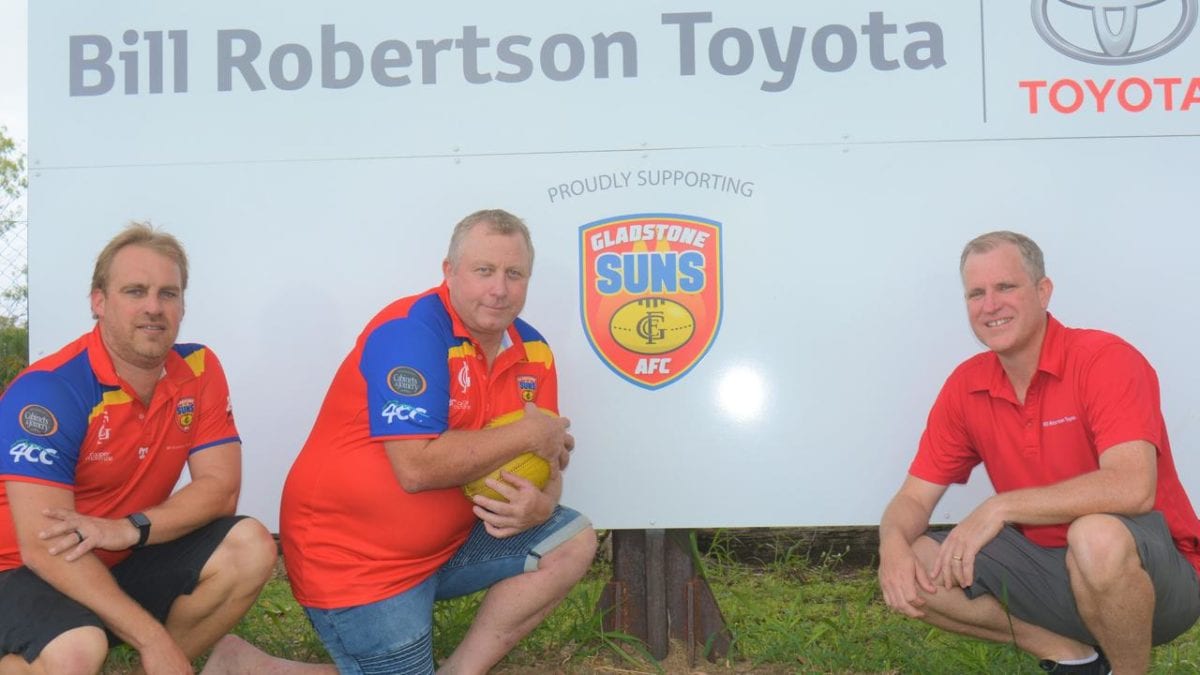 The Suns’ new head coach’s messaging will be clear and concise as the club strives to get out of the doldrums it has suffered in the past two years.

Sutherland hails from Bacchus Marsh in Victoria and holds an impressive football CV that has seen him play in the NTFL for Palmerston as well as in the QAFL.

“I was impressed with club president Ricky McClure’s vision,” Sutherland said.  “He knows where the club is at and where it wants to get to.”

Gladstone Suns finished with two wins last season and had a winless 2018 and have been at the end of some huge hidings that season.  The hidings have decreased and the club is now on an upward trend and Sutherland was keen for the momentum to continue.  Of course, every coach wants a premiership and who knows, it may happen. But Sutherland remains realistic.

“The realistic aim is to get more wins and lift that percentage up,” he said.  “If it (finals and flag) happens sooner than expected, then that would be great.  “It’s just about working on long-term structures on and off the field.”  Sutherland wants everyone in the club to be on the same page and reach a common goal.

“As the coach, I want to improve the players and (I want) all to be working in unison and achieve goals as a club,” he said.  “The groundwork has started and the short-term goals are achievable.”  Sutherland remains tight-lipped about any new recruits from down Victoria way but it’s perhaps a case of watch this space.  McClure said to have Sutherland on board was a coup.

“Adam has had a very experienced playing, coaching and club management career and the Suns family are delighted to have him on board,” he said.  “Having already been involved in a successful club rebuilding before, Adam knows the work in front of him and the club is looking forward to working with him and putting new structures in place to become a successful team for many years to come.”

Bill Robertson Toyota dealer principal James Robertson said McClure did a great job with limited resources last year.  “It’s our second year as the naming right sponsor and with the coach and president to have extra help, the team will do a lot better,” Robertson said.

Pre-season training has started at Clinton Oval each Tuesday and Thursday at 6pm.  McClure encourages new men and women to attend and give Aussie rules a go.  Gladstone Suns open the AFL Capricornia season with a home game against Rockhampton Brothers on March 28.

Edit: The Bill Robertson Toyota Gladstone Suns sign-on day will be held at the Clinton Oval, Gladstone on Sunday February 16, 10am-3pm.    The day is for all age groups and a BBQ available.