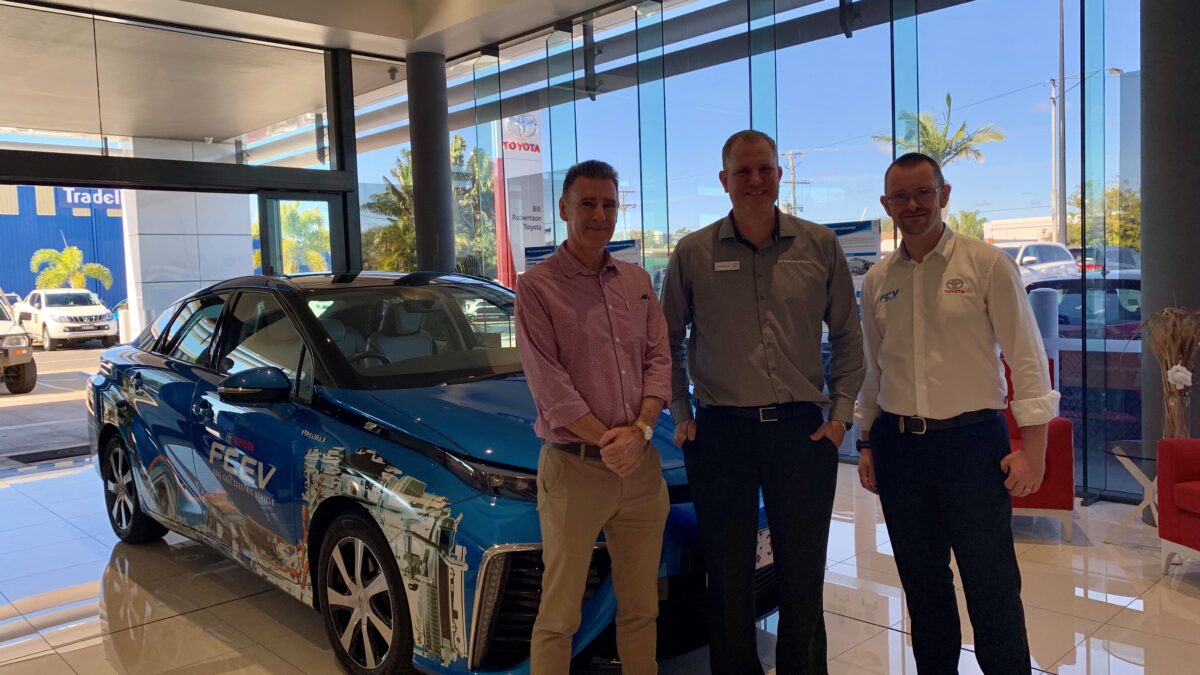 Toyota Australia President and CEO Matthew Callachor said the Toyota Hydrogen Centre was built to showcase the benefits of hydrogen fuel cell technology as part of its commitment to developing sustainable technologies for future mobility and energy needs.

“Globally, Toyota is committed to achieving zero CO2 emissions from its vehicles and plants under the Toyota Environmental Challenge 2050 and the commissioning of our hydrogen refuelling facility here today is an important step towards achieving that goal,” Mr Callachor said.

“By demonstrating the viability of renewably-produced hydrogen as an automotive and energy fuel through this project, Toyota and its partners in government and business are pioneering a cleaner, more sustainable future that will encourage the further acceptance of this technology.

“We would like to thank our government partners for their assistance in bringing this project to fruition and those progressive forward-thinking business partners who will lease the 20 Mirai sedans we have brought into Australia to prove that hydrogen and fuel cell vehicles can, and will, play an important role in helping to move us towards a more sustainable and greener future,” Mr Callachor said.

Dr Patrick Hartley, CSIRO Hydrogen Industry Mission attended the opening and said: “The infrastructure which is being commissioned at this new Toyota facility will not only progress the deployment of hydrogen vehicles, which can make a major contribution to helping our transport sector navigate Australia’s energy transition, but it will also serve as a beacon to other companies looking to invest in hydrogen transport technology.”

Sustainably produced hydrogen is the core element to fuel vehicles like the Toyota Mirai FCEV, an advanced fuel cell electric vehicle that produces no CO2 emissions, requires no battery recharging and has a range of 650km1.  The Toyota Mirai has been sold in markets in Japan and US for the past seven years but the greatest challenge to the broad-scale introduction of fuel cell electric vehicles in Australia has been a lack of refuelling infrastructure and the Toyota Hydrogen Centre is an important step in addressing this challenge.

The Gladstone community got a up close look at the hydrogen run vehicle when the Toyota Mirai made an exclusive trip to Gladstone’s Bill Robertson Toyota dealership and local community event, Ecofest back in 2019.  There was huge interest from both the community and industry leaders regarding the vehicle and and future possibilities it holds for the motoring industry and our environment.

Together with the hydrogen production, storage and refuelling facility, the Toyota Hydrogen Centre also incorporates an Education Centre to provide information on how hydrogen fuel cells work and the benefits to society, helping to dispel any myths around the safety and use of hydrogen as a fuel.

Hydrogen is produced on site by a 200kW electrolyser that uses electricity to split water into hydrogen and oxygen components and has the capacity to produce up to 80kg of hydrogen per day.

Power for the electrolyser is drawn from a combination of an 87kW solar array, a 100kW battery storage and mains grid depending on what’s available at the time.

The hydrogen is then stored in a bank of storage tubes at medium and high pressure to be able to refuel both the fuel-cell forklifts that Toyota uses in other parts of the Altona complex and hydrogen FCEVs, like the new Mirai FCEV.